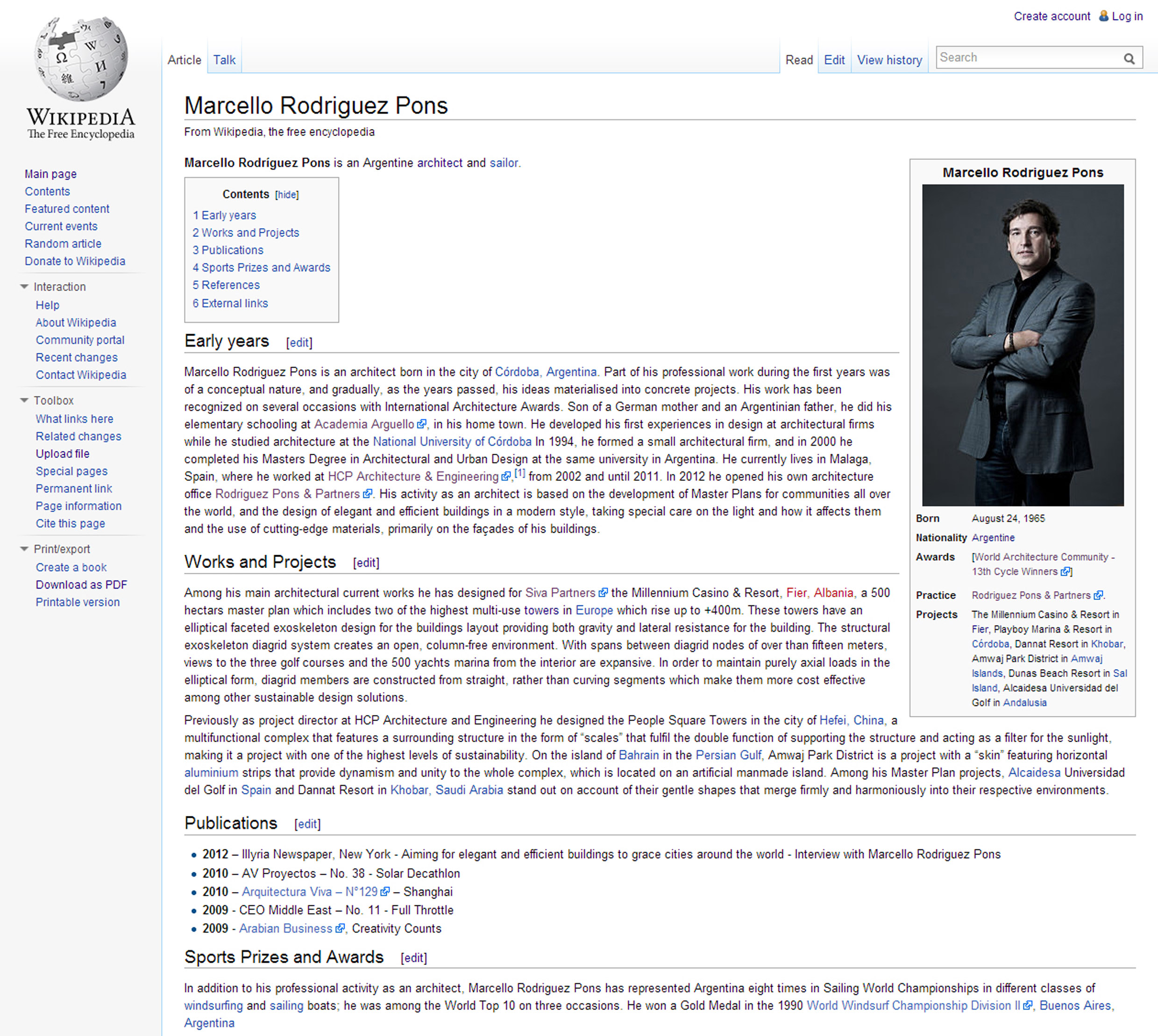 WIKIPEDIA, the free encyclopedia, writes an article on Marcello Rodriguez Pons because of his achievements in architecture.

Marcello Rodriguez Pons is an architect born in the city of Córdoba, Argentina. Part of his professional work during the first years was of a conceptual nature, and gradually, as the years passed, his ideas materialised into concrete projects. His work has been recognized on several occasions with International Architecture Awards. Son of a German mother and an Argentinian father, he did his elementary schooling at Academia Arguello, in his home town. He developed his first experiences in design at architectural firms while he studied architecture at the National University of Córdoba In 1994, he formed a small architectural firm, and in 2000 he completed his Masters Degree in Architectural and Urban Design at the same university in Argentina. He moved to Malaga, Spain, where he worked at HCP Architecture & Engineering, from 2002 and until 2011. In 2012 he opened his own architecture office Rodriguez Pons & Partners. His activity as an architect is based on the development of Master Plans for communities all over the world, and the design of elegant and efficient buildings in a modern style, taking special care on the light and how it affects them and the use of cutting-edge materials, primarily on the façades of his buildings.

WIKIPEDIA, the free encyclopedia, writes an article on Marcello Rodriguez Pons because of his achievements in architecture. END_OF_DOCUMENT_TOKEN_TO_BE_REPLACED