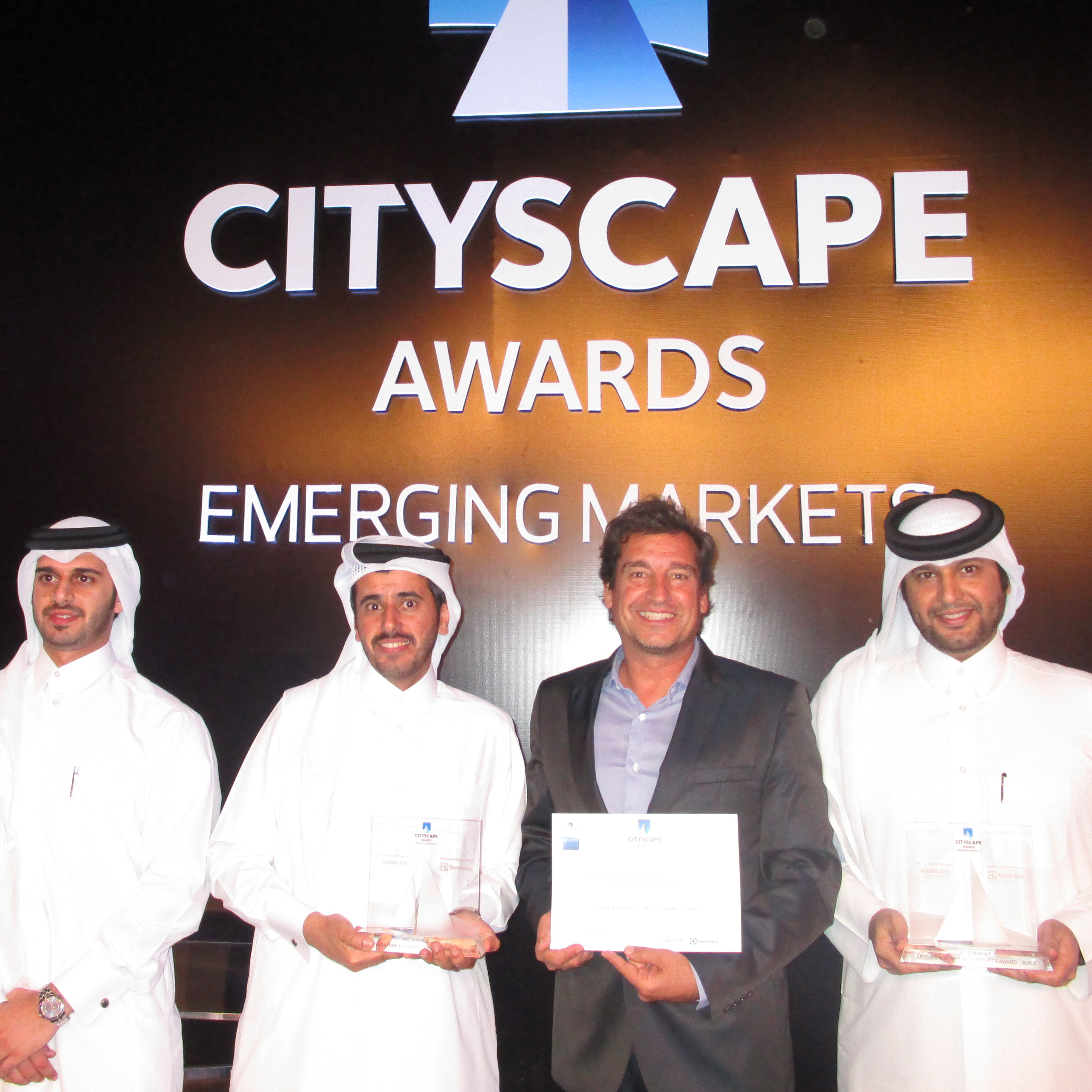 Rodriguez Pons & Partners has recieved the “Highly Commended Award¨ for the OLYMPIC SPORTS INITIATION CENTER in the Leisure & Hospitality — Future category at the 2015 Cityscape Global Awards for Emerging Markets, competing against a shortlist of AEDAS, China (category winner) and Kettle Collective, Scotland.

The award was presented to Marcello Rodriguez Pons, CEO & lead architect, at the Cityscape Awards Ceremony held at the Conrad Dubai Hotel on the 8th of September 2015 with more than 500 people invited. On the picture we can see Marcello Rodriguez Pons accompanied by Ali Al-Khalifa, CEO of ASTAD PROJECT MANAGEMENT (Qatar) award winner.

Celebrating excellence in real estate development and architecture, the 2015 Cityscape Awards for Emerging Markets offer international architects and leading real estate developers a prestigious platform from which to communicate a shared vision for the future, from culturally integrated city skylines to sustainable urban communities. Design visionaries and forward-thinking leaders in the international development arena join forces to showcase the pioneering projects that are raising the global industry bar. As emerging market destinations cement their position as the economic powerhouses of the future. The OLYMPIC SPORTS INITIATION CENTER is a low rise development located inside a bigger master plan at the called Cidade Esportiva da Baixada Fluminense in Rio de Janeiro, Brazil. This 30 hectar master plan, also designed by Rodriguez Pons & Partners, includes, this sports center, 3000 residential units, school, retal, native foests, lagoons and the Brazilian Volunteer Firefighters Brigade.The sports buildings have a clean and tensioned silhouette with which the white horizontal lines of the grades and the curve of the grades-roof contrast with the vertical sun protection wooden blinds of the Indoor Arena, and with the faceted white concrete block elevations of the Aquatics Stadium. It is a low rise “combo” which formally interacts among them with the use of the same materials in all of the buildings, although each one has its own character and strength, and in the overall, they give the highway crossroad neighborhood a new sportive and modern personality. Between them, a multipurpose open air plaza join the buildings with the parking areas and the rest of the sports fields “connected” by large overhangs, canopies, fountains and ramps.
Every effort was taken to preserve the natural resources while enhancing the community with a human scale identity, friendly buildings, details and equipment’s thus creating and inviting them to use outdoor spaces all around the year. The contemporary design and a strong and clear concept materialized these thoughts.